Booklist is an occasional feature where we investigate Internet characters about the books they read, and why. For this installment, we’ve asked David Heinemeier Hansson, the creator of the Ruby on Rails applications framework.

Heinemier Hansson established Rails in 2004 while a student in Denmark. He had been hired by Jason Fried in Chicago to write applications for an internet collaboration program that would help Fried, who ran a design firm, dialog with his clientele.

To speed up the programming of the specific application, Heinemier Hannson made a framework for the Ruby programming language. He called it Ruby on Rails. He delivered the collaboration program to Fried, who subsequently offered it as a service to other companies.

The service is now called Basecamp and approximately a million individuals and companies use it. Heinemier Hannson’s shortcut, Ruby on Rails, is now used by tens of thousands of websites, such as Twitter, Shopify and lots of others. The framework is credited with dramatically lowering the cost of website development.

Heinemier Hannson’s followers refer to him only, DHH. He’s presently a partner with Fried in 37signals, which creates Basecamp, Highrise and other collaborative tools. We asked him about the books that inspire him and he provided the list of authors and books below.

See also  What the December Stimulus Package Means for Your Business

I will read anything by Weinberg. He’s been programming since 1957 and has one of the most extensive grips of applications development, psychology, and problem statements. My Favourite Weinberg publications include:

Beck was a tireless rebel that has had a massive, lasting influence on the software marketplace. Always considering how we can push good ideas to 11 [on a scale of 1 to 10]. My Favourite Kent Beck books are:

Fowler takes the chance to think long and hard about demanding issues and presents them in a manner which is so easily digestible it almost seems too easy. Classics by Fowler include:

Evans’ book, Domain-Driven Design, is terrific. It provides a mental framework for thinking deeper about the abstraction of object oriented programming. 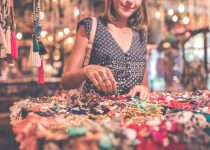